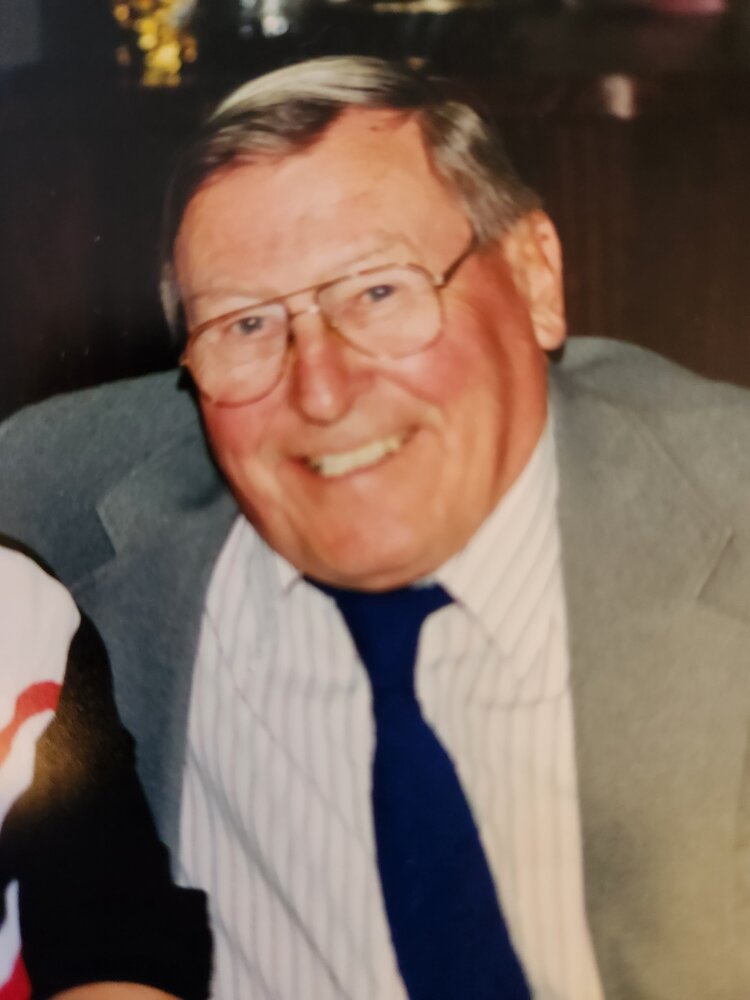 Willy “Bill” Olsen, age 93, passed away in Strathroy on Sunday, December 4, with family by his side. Loving father to Sylvia Christensen, Monica Clark and Eric (Lori) Olsen. Devoted Opa to Sonja, Heidi (Scott), Shannon and Zachary (Anne). Great-Opa to Connor, Elliott and Anders. Predeceased by his wife of 52 years, Hanni, parents Issak and Emma, brothers Dieter, Eberhard and Siegfried, an infant sister and son in-law Kim Christensen.  Remembered in Germany by his sister Karin Eppel, and sisters-in-law Anmut Olsen and Thea Hollwarth. Willy will be missed by his companion and partner Eva Onderka and her family.

Willy was born in Stetten im Remstel, Germany on January 23, 1929. After marrying in 1951, Willy and Hanni immigrated to Canada in 1954 with their 2 young daughters, Sylvia & Monica.

Once in London, Ontario, the family grew, with the birth of son Eric. Willy's career as an electrician also grew. In time he built a successful electrical contracting business, Renco Electric, and a beautiful home in Kilworth, Ontario, where so many cherished memories were made.

Willy started his electrical apprenticeship in Germany in his teens.  His trade brought him opportunity in Canada, and he was proud to see his son Eric and grandson Zachary follow him into the trade and take over his business. His granddaughters have fond memories of riding to job sites in the Renco van and “helping” Opa. Even in retirement, Willy could be found up a ladder fixing lights around Bird Bay in Venice, Florida.

Willy was a gracious host and loved having visitors in Kilworth and in Florida.  He happily prepared breakfast but expected it to be enjoyed very early in the morning.

Willy was a golf enthusiast and enjoyed playing with friends and family in London and in Florida, especially if there was a friendly wager involved.

Those who knew him will remember Willy as quick to laugh.  He laughed loudly and often. His laugh conveyed joy, warmth and gratitude. You were never so satisfied as when you made Willy tip his head back and slap his thigh, laughing at something you said.

The Olsen family would like to thank Dr. Ziada, the emergency room staff, and the 2nd floor nurses at Strathroy-Middlesex General Hospital, for their compassion and care.   Thank you also to the staff at Seasons, Strathroy.

As per Willy’s wishes cremation has taken place. Online condolences and donations may be made at www.strathroyfuneralhome.com. Arrangements entrusted to DENNING’S OF STRATHROY.

Share Your Memory of
Willy
Upload Your Memory View All Memories
Be the first to upload a memory!
Share A Memory