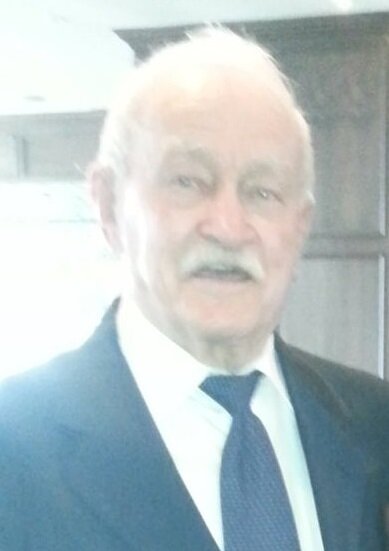 At Wallaceburg Retirement Residence on Saturday, September, 3rd, 2022, Morley Allen Stoddard of Rodney slipped away from this world.  Predeceased by his wife Joan (Welch) in 2011.

Predeceased by his sisters Pauline and Virginia.  Morley worked for Fordham's Motors his entire career but his passion was painting homes for the people in and around Rodney which he had been doing since the 1940's. He was well known and respected in the community of Rodney and he will be missed.

A private family graveside service will take place for Morley at Rodney cemetery.

If desired, memorial contributions to the charity of your choice would be appreciated.  Arrangements entrusted to Denning's of West Elgin (519 785-0810).

Share Your Memory of
Morley
Upload Your Memory View All Memories
Be the first to upload a memory!
Share A Memory