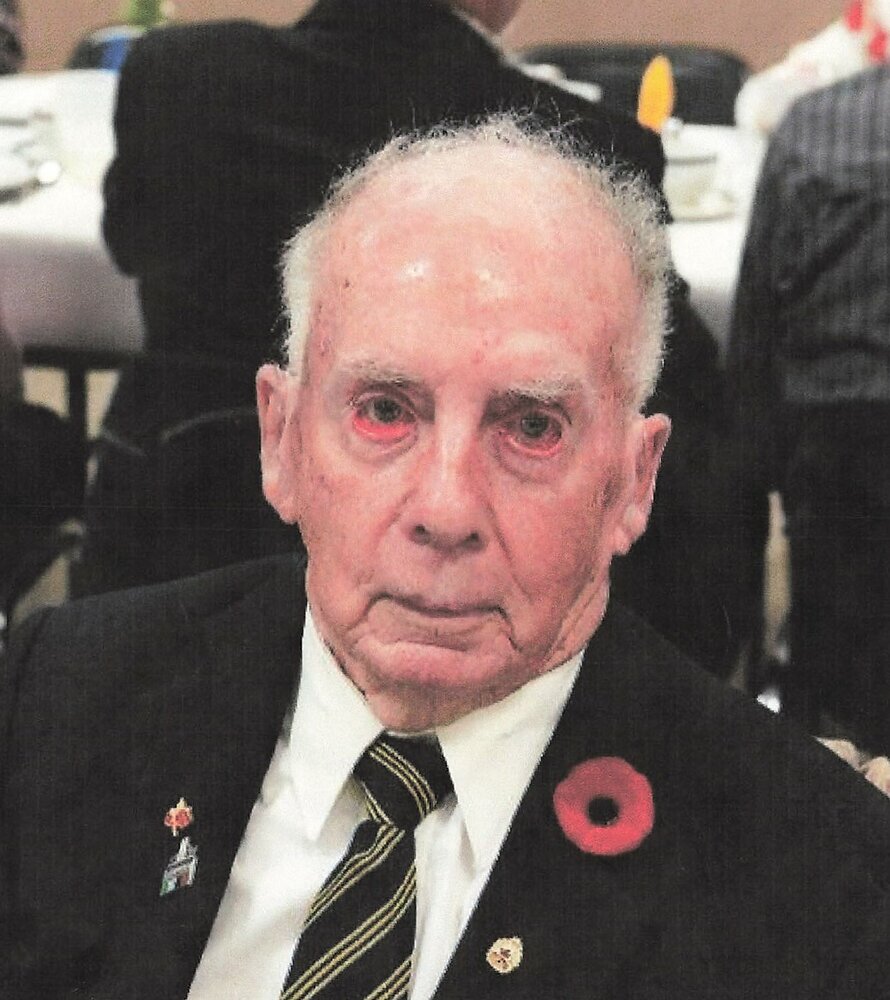 It is with great sadness the family of Lorne Jones announces his passing on April 2nd, 2022 at Strathroy Middlesex General Hospital at the age of 96. Beloved husband of the late Noella Jones. Cherished father to Laurie and Timothy Jones. He will be missed by 7 grandchildren and 2 great-grandchildren. Lorne will be fondly remembered by extended family members and friends.

Lorne had a distinguished military career serving in the Second World War, Korean War, on numerous United Nations peace keeping missions and overseas postings. When Lorne finished his career in the military, he retired with the rank Master Warrant Officer. In 1979 he returned to his beloved hometown of Strathroy with Noella. Lorne enjoyed the next 40 years of his life in his hometown where he dedicated many years of service to his community through the Legion Branch 116. He also enjoyed endless rounds of golf and spent many happy mornings at the Bear Creek Golf Course.

A Memorial Service will take place at DENNING’S OF STRATHROY at a later date. As an expression of sympathy, donations to the Strathroy Legion Branch 116 would be appreciated by the family. Online condolences and donations may be made at www.strathroyfuneralhome.com.

Share Your Memory of
Lorne
Upload Your Memory View All Memories
Be the first to upload a memory!
Share A Memory