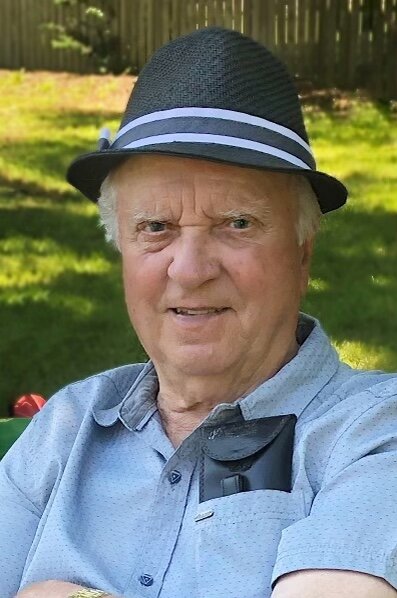 It is with deep sadness that the family of Aires Alverino Da Silveira Camara announces his passing on February 25, 2022 at the age of 82 at LHSC-Victoria Campus. Beloved husband of Zelia (née Da Silveira) for 48 cherished years. Dearest father of Laureen and proud Avô of Elissa Deauvall.  Dear brother of Esmenia (1999) (Abilio 1987) Pinheiro, Jose (2000) (Clotilde) Camara , Noemia (Fransico) Vieira, Heliodoro (Maria) Camara, Octavio (2016) (Odete) Camara, Donatilia (Mauricio) Gomes and Duarte (Maria) Camara. Dear Tio Aires to his nieces and nephews. Predeceased by his parents Caetano and Adelaide Camara, and sister-in-law Miquelina Camara. Aires was known to many in the community as “The Portuguese Barber,” he had the opportunity to meet and make numerous friendships that he cherished over the three decades that he worked as a barber in Strathroy. Special thanks to honorary family Jose, Filomena, Anthony, Julie, Ryan and Stacey, who were always there to lend a helping hand, and to all the doctors, nurses, and other staff members at Victoria Hospital that provided truly exceptional care. A private family service will take place at a later date. Arrangements entrusted to DENNING’S OF STRATHROY.

Share Your Memory of
Aires
Upload Your Memory View All Memories
Be the first to upload a memory!
Share A Memory