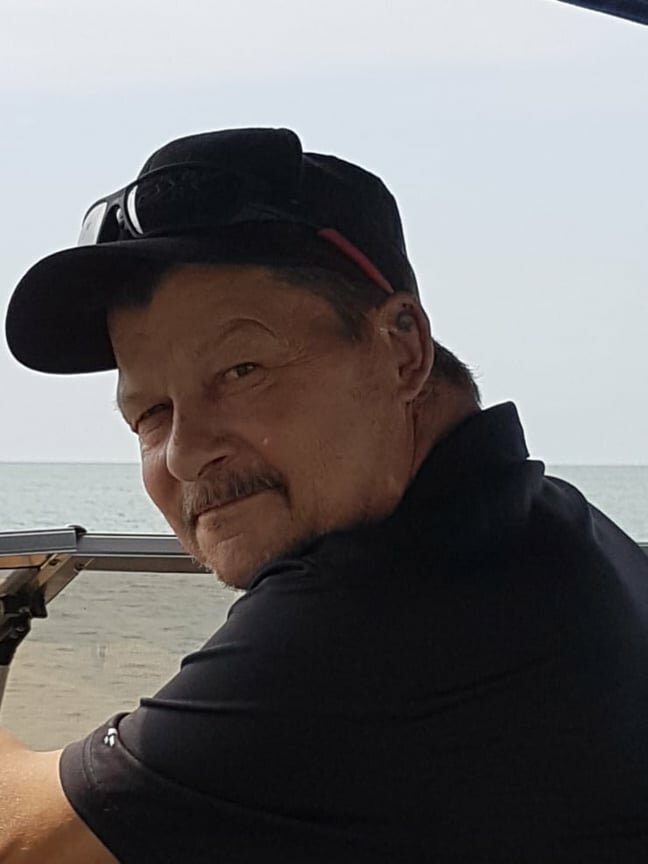 Always quick with a joke and a great sense of humour,  Bruce William Weeks of Sydney, Cape Breton, Nova Scotia sadly passed away on October 31st, 2021 in Strathroy, Ontario at the age of 57. He was predeceased by his parents, Dorothy May (née. Whalen) and William Henry Weeks, his sister, Sandra Covin, and his daughter Brooke May Weeks. Bruce is survived by his loving spouse Patricia Comeau and her sons Thomas and Dylan. He is also survived by his children Janelle Mary Copeland, (Jon), Travis William Beazley, (Carly), Charlotte Louise Weeks, (Matthew), and Braeden Kyle William Weeks; as well as his grandchildren: Mason, Eli, Oliver, and Isla. Bruce leaves behind to mourn his loss his siblings, Jeanette Gaidies (Eddie), Alice Smith, (Tom), Barbara Walter, (John), Debra Weeks, (Kenneth), William “Billy” Weeks, (Darlene), and Selina Weeks, (Peter). He also leaves behind several nieces and nephews.

A very proud Cape Bretoner, Bruce started his service in the military in 1982 at the age of 18. He served in the 2nd Battalion, The Royal Canadian Regiment as well as the Canadian Airborne Regiment 3 Commando. Bruce finished his service in the military as Master Corporal in 1991 to pursue his passion in carpentry. Anyone who knew Bruce, knows that he had a great talent and love for woodwork. He continued with this work even in his later years in life. An avid outdoorsman who enjoyed fishing, hunting, boating, motorcycles, ATVs, and snowmobiles. Bruce had many hobbies that brought joy to his life. This includes spending those times with his beloved dogs, Bowzer and Teddy. Bruce also had a great love for music, a self taught guitar and harmonica player; he never missed an opportunity to jam with other musicians. He also had a great love for travel to serene places.

There will be no formal service in Ontario, however there will be a reception to celebrate Bruce’s life at the Royal Canadian Legion in Forest, Ontario on Friday November 5th from 5PM to 7PM. Future arrangements for a service in Sydney, Nova Scotia will be determined at a later date.   Online condolences may be left at www.forestfuneralhome.com    Funeral arrangements entrusted to DENNING'S OF FOREST

Share Your Memory of
Bruce
Upload Your Memory View All Memories
Be the first to upload a memory!
Share A Memory