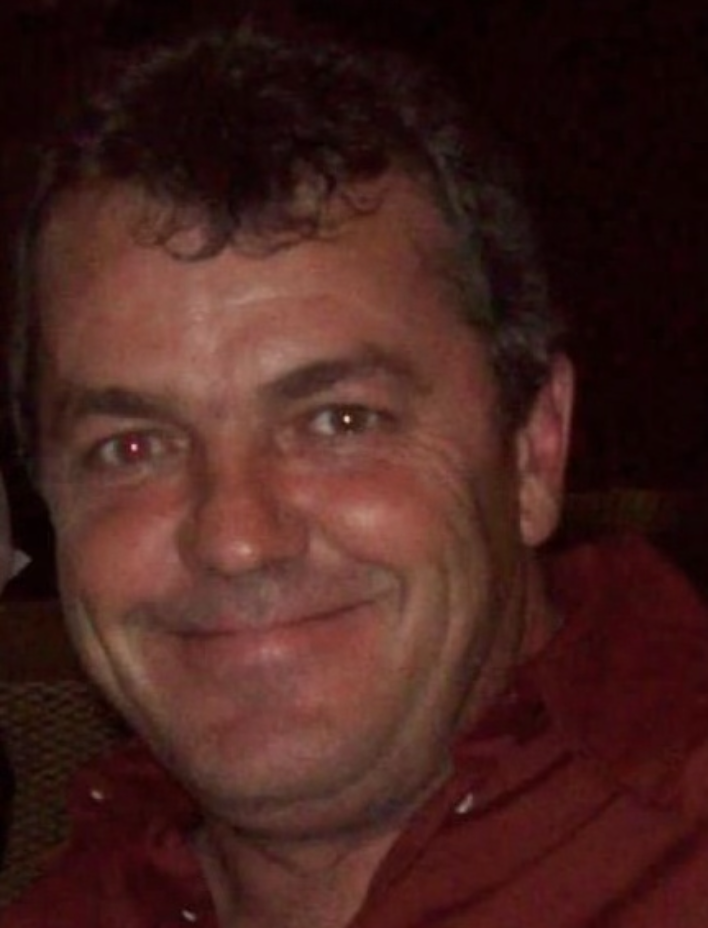 After a valiant fight with cancer at the age of 56, Keith William Jones of Carlisle, sadly left us on Thursday, October 21st, 2021. Beloved husband of Helena Hooper Jones, of Carlisle and dad to Danielle Wright, of St. Thomas, Samantha and Brian Murphy, of St. Thomas, and TJ Wright, of London. Cherished Pa and Grandpa of Austin and Colton Wright, Hailey Russell and Joshua Simoes, Trent and Troy Wright. Son of the late Robert and Catherine Jones, of Carlisle. Brother and brother-in-law to Liz and Glen Stewart, of Carlisle and brother to Ken and his late wife Jane, of London, Andrew and Barb Davies, of London, Sophia and Dave Matthews, of Springfield, and John Hooper, of London. Keith is predeceased by his in-laws Cathy and Casey Hooper and nephew Trent Davidson. He leaves behind many nieces, nephews near and dear to his heart. Keith worked for several years for Middlesex Centre and his wishes were for a special thanks to his fellow employees, with special mention to Daryn Hodgins and his wife Brenda who went above and beyond during his struggle and also thanks to Ryan Johnston. The family wishes to thank the staff at LHSC and SJHC with special thanks to the Palliative Care Team at LHSC. Thanks and love sent to his family, friends and neighbours.

As per Keith’s wishes, cremation has taken place. As expressions of sympathy, donations may be made to the Carlisle Community Cemetery.

Share Your Memory of
Keith
Upload Your Memory View All Memories
Be the first to upload a memory!