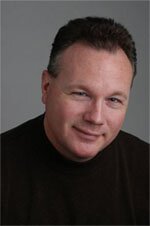 Peacefully and on his own terms due to complications from ALS on September 1st.

Devoted and beloved husband of Wendy (McLeod), proud as punch father of Ben and Abby.  Survived by his mother Jean, brother David (Julie) and sister Catherine (Ian). Will be sadly missed by Larry & Gloria McLeod and Neil & Laurie McKillop. Chris was also a cherished uncle and brother-in-law. Predeceased by his beloved father Larry and his awesome big brother John.

Chris felt very blessed to be a member of the Strathroy community for his final 3 years. The support he received locally after his diagnosis was so genuine and heartfelt that it made Chris choke up every time he thought of it.  Special thanks to the gang at Roy's for their friendship and camaraderie. Mario and Melissa, Phyto, Debbie and Laura, Ron, Jimmy and Jeff, thank you for including him in the gang. Smile when you think of him...

"It is better to have had a few mornings after than never to have experienced a night before."

Cremation has taken place.  At Chris' request there will be a private family mass. If you wish to honour Chris in some way please set up a bird feeder in your backyard or buy season's tickets to your local theater company. Arrangements entrusted to DENNING’S OF STRATHROY, (519) 245-1023. Share a memory at www.strathroyfuneralhome.com.

Share Your Memory of
Christopher
Upload Your Memory View All Memories
Be the first to upload a memory!
Share A Memory