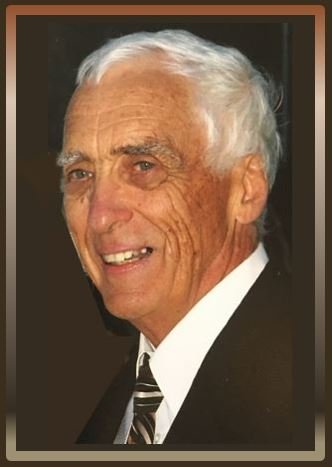 With heavy hearts, the family of Francis “John” Battersby announce his passing in his 92rd year, on Wednesday, July 28, 2021 at Strathmere Lodge, Strathroy, ON.

John earned a Masters of fine Arts at McMaster University and was a life-long educator.  He began his career as a teacher and later worked many years as Art Consultant first with the Halton Board of Education, and 15 years with the Middlesex County Board from which he retired.

An immensely talented artist and photographer with a love of nature, John successfully showed and sold his paintings in a number of Southwestern Ontario Galleries.  His interests were many and included sketching and hiking the Bruce trail, listening to an eclectic array of music and gardening. He was very much a people person, always interested in their ideas and learning “what made them tick”.  He was a gentle person, a gentleman at all times and a great role model for his family. John was noted for his highly advanced and extensive vocabulary, his sense of humour and love of punnery. John will be greatly missed by all.

Cremation will take place, with a small family remembrance to be held later. The family would like to extend their sincere thanks to the Staff and physicians of Strathmere Lodge for their care and compassion during his time at the home and extend a very special thank you to his friend Barb.

An expression of sympathy or donations may be made to the Heart and Stroke Society, or the Sick Children’s hospital (Children's Health Foundation) in London.

Share Your Memory of
Francis
Upload Your Memory View All Memories
Be the first to upload a memory!
Share A Memory