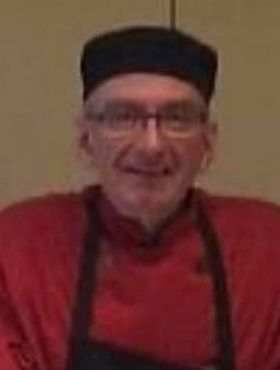 After an incredible life, cut short by a 7 week journey with an undetected lung cancer that had already compromised his spine when found.

Great uncle, literally to Chloe, Coralie, and Chase Carson, Sophie and Benjamin Morgan, and Alyssa and Sara Hughes. and figuratively, as the kids have their own kids, rarely seen but never forgotten.

Loving husband and partner to Rami Assabgui. Close friend of Jason Michael Young of Strathroy and Ron Harris of Montreal.

Friend to too many to mention in his adopted town of Strathroy, the city he grew up in, Montreal, and the city of Toronto where he worked as an Administrative Assistant for Coca-Cola Foods (The Minute Maid Company).

As Stanley would say, "mourn not my loss for I have not left unless you have forgotten our memories. Raise a glass to me the next time you dine. Shop local and love each other."

Share Your Memory of
Stanley
Upload Your Memory View All Memories
Be the first to upload a memory!