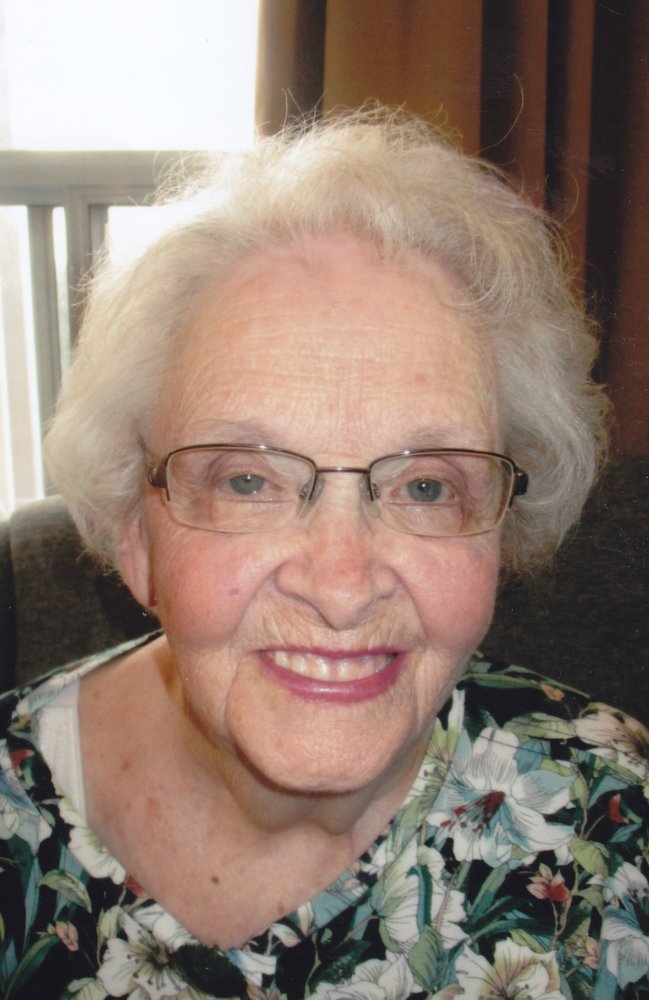 Noreen passed away at her residence, Henley Place, in London, on Friday, December 18, 2020, in her 92nd year.  Predeceased by her husband Bev in 2008 and her infant son Steven.  Also predeceased by her brother Lorne.  Survived by her son Greg and his wife Jan, of London.  Also survived by her sisters in law Joyce McKeen (Lorne) of Owen Sound, and Arlene Dillabough (Jim) of Durham, and her much loved cousins and several nieces and nephews.

Noreen was born in Owen Sound on November 16, 1929.  She spent her early years on the farm in Arran Township with her Dad Rae and Mom Effie.  She left home at 16 to take a job in the “Big City” of Owen Sound and it was while working at the Owen Sound Sun Times that she met Bev.  They married young and enjoyed almost 60 years together.  They left Owen Sound for Brampton in 1964 and then moved on to Wawa where they owned and operated the Star Motel along with a restaurant and gas bar.  Wawa proved to be a little too far off the beaten track for Noreen so in 1974 they relocated to Cambridge where Bev worked at the Galt Reporter as a compositor and Noreen in circulation at the Kitchener Waterloo Record.  After retirement they moved to Kettle Point where they enjoyed many happy years until Bev’s death.  They were active in the local Rotary Club and members of St. James Presbyterian Church.

Thanks to the staff at Henley Place for taking such good care of Noreen over the past several years.  Thanks also to Rev. Joanne MacOdrum for her support.  Private Interment to take place at Beechwood Cemetery.  Out of an abundance of caution, the family has opted to postpone a memorial service until a later date.  Memorial donations may be made to the Canadian Cancer Society or to St. James Presbyterian Church in Forest.  Funeral arrangements entrusted to DENNING’S OF FOREST.  Online condolences and donations may be left at www.forestfuneralhome.com

Share Your Memory of
Noreen
Upload Your Memory View All Memories
Be the first to upload a memory!