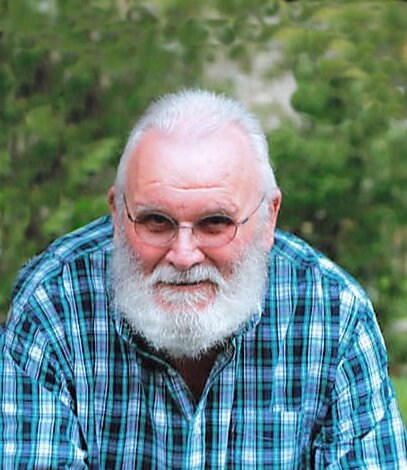 It is with broken hearts that the family of Robert “Bob” Woods announces his passing on May 1, 2022 at the age of 77. Beloved husband of Fran Woods (nee Copeland) for 47 years. Cherished father to Scott (Shannon) and Mark (Shiann). Proud grandpa of Alyssa, Mikey, Kyla, Caitlynn, Scarlett, Amber and Ruby.

For 25 years Bob worked as a brakeman for the CSX Railroad and after retiring in 1989 he enjoyed jobs such as cutting grass at several local cemeteries. He loved having his 2 teenage boys (Scott and Mark) help him. In 1990 Bob decided to become a bus driver for Garfield McNaughton & Son Ltd and retired in 2005.

Bob loved being on the bench when Scott and Mark played hockey and driving the bus to tournaments. He was an extremely proud trainer for the Watford Midget “D” Team by winning the 1993-94 O.M.H.A Championship and again as manager winning the 1994-95 Championship.

Trips to Arizona were highlights of Bob and Fran’s vacations, with many adventures with relatives.

For the past 15 years Bob and Fran enjoyed camping life at Warwick Conservation Park with family and friends. They loved meeting many new friends around the campfires. The last “Trailer Trash” group was lucky enough to meet for a fish fry last week.

Bob was a family man and most recently grandpa Bob enjoyed spending time with his grandchildren. Teasing, laughing and giving lots of golf cart rides at the park.

A Visitation will take place at DENNING’S OF WATFORD on Thursday, May 5, 2022 from 11:00am until time of Memorial Service at 1:00pm. As an expression of sympathy, donations made to the Watford Royal Canadian Legion Br. 172, or the Canadian Diabetes Research would be appreciated by the family. Online condolences and donations may be made at www.watfordfuneralhome.com

Share Your Memory of
Bob
Upload Your Memory View All Memories
Be the first to upload a memory!
Share A Memory